Sometimes, when you least expect it, someone comes along who reminds us our strength lies in community. 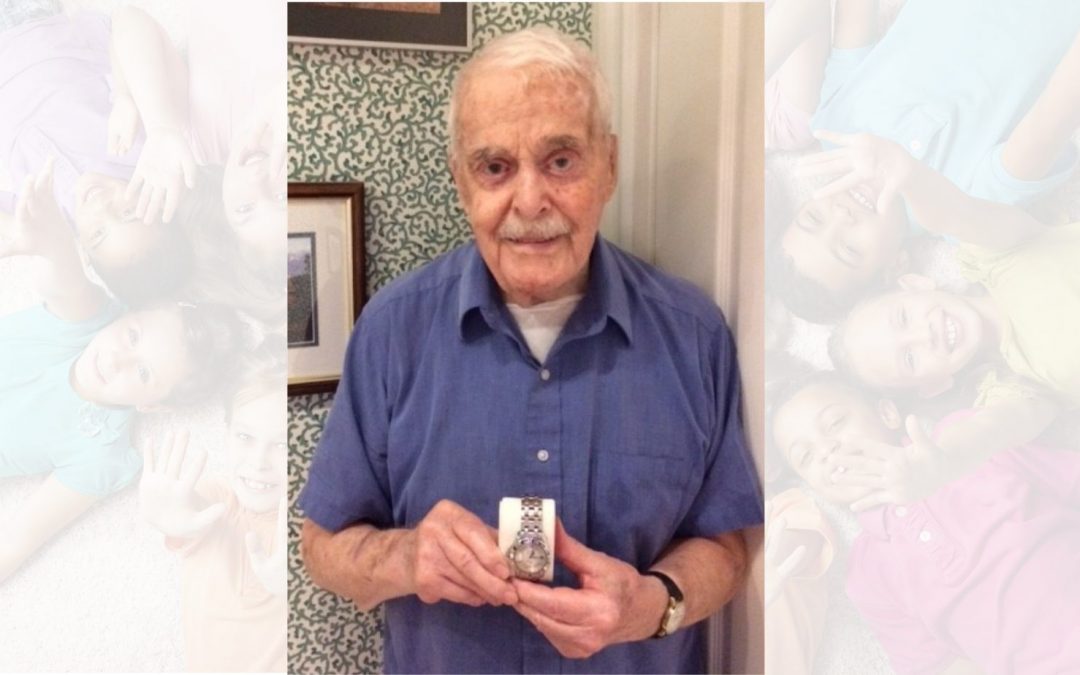 When Thomas Quinn and Janet Honsberger contacted us offering to support children in our community, it reminded us once again of the strength of people coming together, in big and small ways, to support each other.

This past Christmas, in lieu of a present for John Honsberger (Janet’s father), Janet and Thomas generously donated to the Toronto Foundation for Student Success (TFSS); this is how John connected with us and decided to support children in Toronto. John was born in Toronto and has lived here for all of his 98 years. Though a lawyer by profession, he has always had a passion for education and served as a York County School Board Trustee for 20 years, a role for which he was honored by the Ontario Secondary School Teachers’ Federation with the Lamp of Learning Award in 1967.  The annual award was presented to a “resident of Ontario who has made an outstanding contribution to public education in the province”.

As John’s son-in-law said, “After learning more about the organization’s work, he began to think about what he could do to encourage others to give to this organization – one that so closely aligns with his understanding of the need to provide educational opportunities for every child.”

John recalled a luxury watch that he had won years ago and had never worn as it was “too good to wear”, and so he decided to auction it to raise funds for TFSS. John’s daughter arranged for Waddington’s to auction off his watch and his good deed not only raised $1,200 to support children, but it also inspired his friends and family to raise another $700; a true example of community coming together for a common cause.

Now, through the generosity of Mr. Honsberger, a watch that was once sitting unused in a cupboard has generated funds to support children across Toronto.

This past year we have all faced challenging circumstances that we never could have predicted, and hopefully we are beginning to see “the light at the end of the tunnel”. There is still much work to be done, as thousands of families struggle. However, we have been inspired by Mr. Honsberger, his family and his friends. And, we are reminded, that when community comes together to support our children, wonderful things happen.