The Retired Teachers of Ontario (RTO) District 24 is made up primarily of educators who worked or live in the Scarborough/East York area. RTO supports various nutrition programs through their annual ‘Breakfast for Kids’ charity golf tournament. Every year, since its inception in 1997, the tournament brings out a bigger crowd and is even more successful. Last year’s event raised over $8,000 for nutrition programs benefiting more than 500 students in four schools across Toronto.

TFSS would like to thank former principal and passionate TFSS advocate, Lothar Maier, RTO-District 24’s outgoing golf convener, for his dedication and commitment to fundraising and organizing the tournament for the past four years. We asked Mr. Maier what motivated him year after year to organize the event: "It was a joy and a privilege to convene the RTO – District 24 'Breakfast for Kids' charity golf tournament. To work with a group of people who cared as passionately about kids and what they eat on a daily basis, as I did, made everything worthwhile. No matter the score at the golf tournament, we had lots of fun and the kids, in the school nutrition programs, were the ultimate winners."

TFSS would also like to thank Bob Cook who originally started the charity golf tournament as well as his successor, Ken Drope, who have both helped raise funds to nourish many young minds. We couldn’t do it without!

Thank you RTO for your continued support. 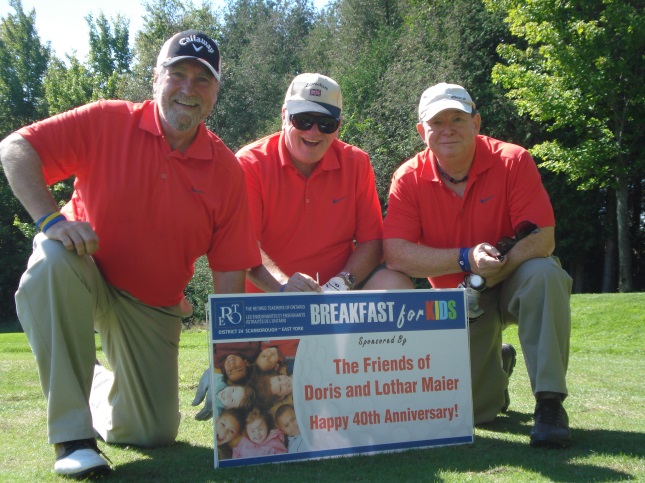