More than 7,000 TDSB students and staff came out to root for the Toronto Marlies at Ricoh Coliseum on February 5th, and to help raise funds in support of the Toronto Foundation for Student Success (TFSS). Despite harsh winter conditions, students and staff put on a brave face and their raucous cheers powered the Marlies to a shootout victory over the San Antonio Rampage.

With superintendents, TFSS ambassadors and TDSB Director of Education Donna Quan on hand, tickets sold through the Marlies to local schools raised over $21,000 for programs to help students in need.

The TFSS extends a huge thank you to everyone who helped organize and support this year's fundraiser with the Marlies: our local schools and their staff, our TFSS ambassadors, the TDSB and of course the Toronto Marlies and MLSE. The money raised will benefit thousands of Toronto students throughout the year!

Watch below for a Global story on the day's events, as well as healthy living in our schools, and check out some Tweets from the day of the event! 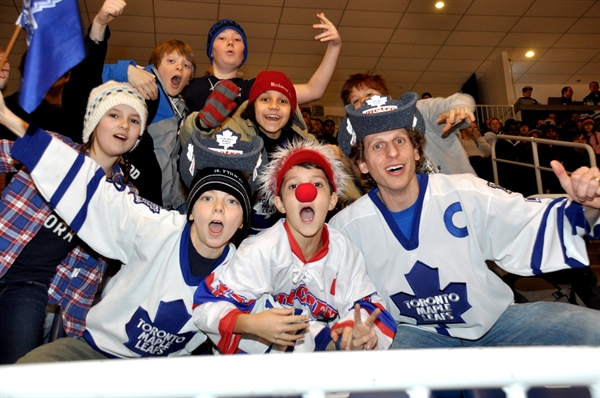 #MarliesLive Photo: @TDSB and the #Marlies proud to raise over $19,000 in support of @TFSS_! pic.twitter.com/L1KeLigOsh

Mrs. Newman's students enjoyed a Day with the Marlies! pic.twitter.com/ox4tBUFN5y

Who's having fun at the Marlies game today? Eglinton students are; cheering for the home team! @TorontoMarlies @tdsb pic.twitter.com/7napdLd3ya

Thanks to our @TDSB superintendents for participating in our Great Canadian Mascot Relay. #MarliesLive pic.twitter.com/Bz9XNw9Cho