Unequal City: The Hidden Divide Among Toronto’s Children and Youth 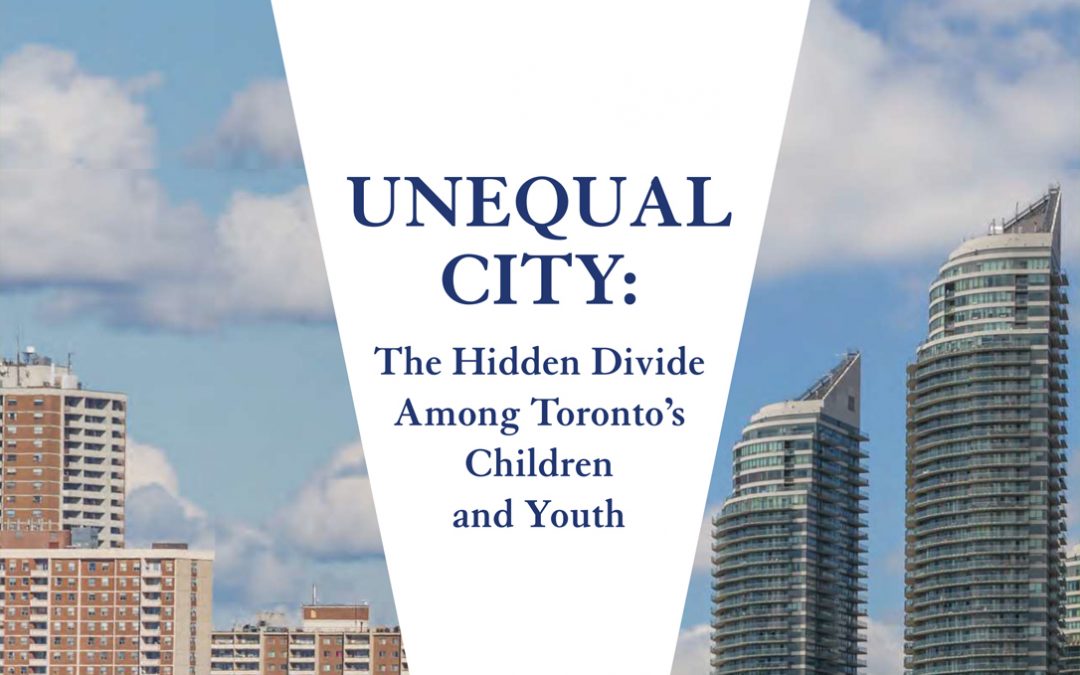 This report draws on the Statistics Canada 2016 Census and other new data sources to describe the level, distribution and depth of poverty among Toronto children, youth and their families.

Its main findings are the following: